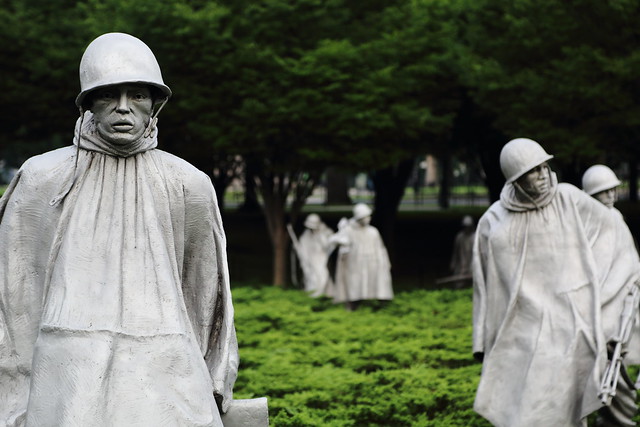 Three-day weekends are practically designed for hitting the road in your RV, and with so many patriotic national monuments to visit across the country, you can make this Memorial Day one that you’ll never forget. Fire up your RV, make some campground reservations and plan a trip to one of these amazing national monuments for Memorial Day.

Give thanks and honor all of those who fought for our country in the second World War at the World War II Memorial in Washington, D.C. This somewhat new monument was created in 2004 and consists of 56 granite pillars circled around a gorgeous pool and plaza. This gorgeous memorial — backed and funded partially by Tom Hanks and Tom Brokaw — is a must-see this spring.

Step back in time to July 8, 1776 when the famous Liberty Bell was rung as the Declaration of Independence was finally read out loud. Although the bell was commissioned for the Pennsylvania State House in 1751, it became a national symbol of freedom and liberty that monumental day. Cruise to Philadelphia, where the Liberty Bell hangs at the Independence National Historical Park, but don’t plan on giving it a ring as it’s now safely kept behind glass.

Perhaps one of the most heart-wrenching memorials in the country was created for the so-called “forgotten war.” But the Korean War isn’t forgotten anymore as millions of visitors, veterans and their families visit the monument each year. The statues of infantryman frozen in time surround the “Field of Service” and “Pool of Remembrance,” giving visitors a more realistic idea of what really happened in the forgotten war and helping them honor those who were lost. If you’re already in D.C. visiting the World War II Memorial, the Korean War Veterans Memorial simply must be added to the list.

When you’re out cruising the roads in your RV this Memorial Day, don’t forget to pay us a visit at Specialty RV Sales. We’ve got a huge selection of new RVs in stock for spring, and we’re offering door-busting prices to help you get on the road by summer.

Please note that by providing your phone number you give us permission to call you to finalize the application. We keep all of your information confidential and do not share your personally identifiable information with any third party without your consent.

Send to a Friend