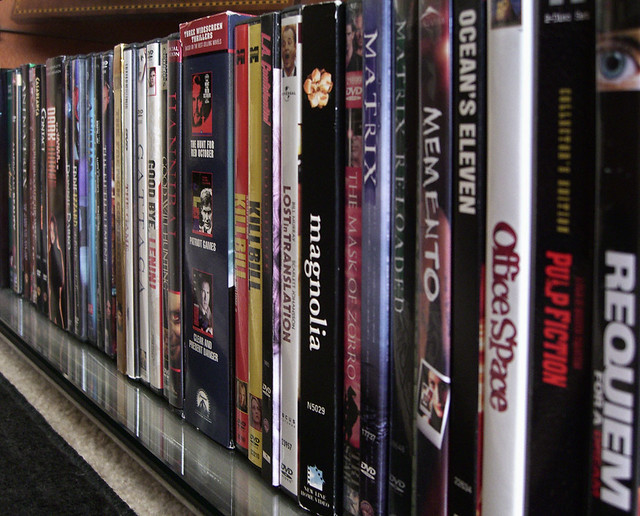 Those rainy spring RV days are bound to happen, but being cooped up inside your motor home or travel trailer doesn’t have to be a drag. Next time you’re curled up on your RV’s couch, insert one of these RV-related films, and you’re guaranteed to forget about the weather.

In this 2004 sequel to Meet the Parents, a former CIA agent (Jack) chooses to drive his family to Miami is his new tricked-out RV instead of traveling by plane as planned.

The 1987 comedy and Star Wars parody Spaceballs features the Eagle V — a Winnebago with wings that help it reach light-speed. Unfortunately the Eagle V Winnebago experiences an unfortunate crash as it runs out of fuel.

Released in 2003, About Schmidt is a comedy-drama featuring Jack Nicholson about a recently retired blue-collar worker who heads out on an eventful road trip to his daughter’s wedding.

This 2013 comedy features an unlikely group of four traveling in an RV south of the border to smuggle drugs from Mexico back to the United States. When the added weight of the drugs causes one their radiator hoses to break, the “family” ends up getting towed by a DEA agent and his wife.

Judgment Night is a 1993 action-thriller film in which Frank Wyatt, his brother and two friends head to a boxing match in Chicago in a lavish RV. When they take a shortcut off of the freeway to save time, a slew of thrilling events — including a car chase and a murder — ensue.

Get Your Rainy-Day Supplies at Specialty

Here at Specialty RV Sales in Lancaster, we know that rainy camping days happen often in spring. Hop online to browse our parts department for tons of fun RV games and supplies to help you get through those rainy days and actually enjoy them too.

National Monuments to Visit This Memorial Day
Scroll to top

Please note that by providing your phone number you give us permission to call you to finalize the application. We keep all of your information confidential and do not share your personally identifiable information with any third party without your consent.

Send to a Friend